A Letter to Jonathan Ashton 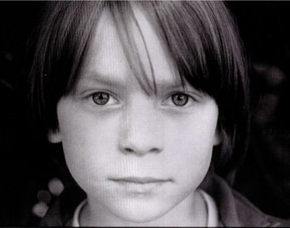 It’ s been a year today since you died. A year since that plane accident and the destruction of the indestructible. This letter has been rattling around in my head for a few weeks now as this day approached. Why not write it earlier? I have no idea. “Why write at all?” I hear you say – “Just sms it”!!Which puts a smile on my face since you were the original Mr Gadget and it if blinked, winked, beeped or chirped -and was electronic – you had one first. Regardless of whether or not it was beneficial, useful or practical. They were all supposed to be practical of course – speeding up the already hectic and saving us all time. But for a man who had such prowess as an analyst you would rather sms or phone. Never write.

It’s been an average year since last 23 February. Though aspired, no Himalayan heights, but then no Mariana Trenches either. More of the granite grind in the lower rush of foothills green water, though the occasional gem shone through the boiling froth of the year. It should not have caught our hearts so but the funeral was a highlight through which old friendships were restitched and even broken ones repaired. For one in particular I am especially grateful. It has a way to go yet but hands were shaken on that day and a resolve agreed that we could not let old wounds fester. Especially in the light of your loss. And I caught up with your family and was made to feel like I was part of it. We had a wonderful evening which I did not want to end, on a frosty Bastille night last July. Your Mum and Dad took a cycling trip in Vietnam a few months later. I am hoping they caught up with Shane – there are whispers that they did and that they had a good time. Of all the old work team I have only managed to connect with Shane. Janine and others have all moved off my scope. And of course the JD Memorial shoot with Clyde was something we both enjoyed knowing just how much you would thoroughly approve. I know he won’t object to me saying so but we both shed some “You bastard JD” tears when I met with him in Texas. And some fatherly and brotherly ones as well, not unlike those of King David perhaps when he lamented “Jonathan, Jonathan…” for his own lost Jonathan.

Do we move on? There is a part that does. Equally, there is a part rooted in the moment of hearing the news of the accident and which will always remain there. Rooted in the “What ifs” and the “Why did I not…?” I would be lying to you if I said I had moved on completely. I find my self thinking “JD would like this” or “JD would like that”, as if you have never left. And of course in a very real sense you have not. And a childish spirit in me secretly wishes for the coded messages that arrives and tells me you have found a secluded hole in Peru and I am to get there just as soon as I can to share some chocolate and rare Peruvian red wine.

I read the accident report which came out last week and the rational in me raged at the idiocy of flying with someone who was so cavalier about his flying and his machine. Shauna was right mate. You should not have been in that plane. And then the spirit of the teenage boy breaks through and I know how much you wanted to live on the edge, to test and try and prod and poke and have a go even though the envelope was fragile and not well defined. And I can relate to that and know in my heart of hearts just why you climbed into that aircraft when you did. And I know that I can’t condemn you for it. So although I am angered by the report there is something in it which still makes me smile when I think about the person involved and know that, if not by falling off a mountain or being ingested by a shark or by some other extreme misadventure, being killed by an out of control aircraft was entirely in keeping with who you are.

Though I confess too, to wondering how long you were in the air and watching the ground rush up. 3000′ is not a long way to fall but long enough to know what is about to happen. What would any of us think in those long ten, twenty, thirty seconds? Do we get right with our Maker? Or curse Him? Do we have any regrets? Do we rage against the dying of the light? I do wonder about those seconds and I have my secret hopes about those moments for you. It helps me keep a sane perspective on the incident.

It was another clear, gorgeous day today. I distracted myself from chores and this anniversary by spending some time with friends at Lake Macquarie, being towed by a powerboat, watching others skiing and enjoying a summers day. But you were not far from my thoughts. I love you still my friend.