A Tale of Numerous Cities 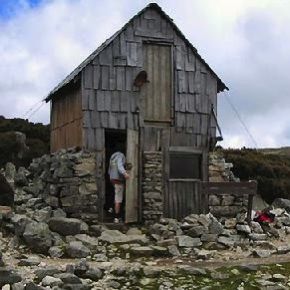 The year has snuck up on me and like a magician has pulled something out of a small box my eyes tell me should not fit. It feels like weeks have passed and in the same synapse I wonder that it has felt like a decade. I am tempted to plagarise the cliché and offend Dickens and say it has been the worst of years and the best but the worst really has been overcome by something far greater as I plan to come full circle and finish where I started. I sit in an empty apartment with a day of 35 degrees promised. The resurgent cicadas tell me it is true. This time last year I sat in an empty flat though it was not my own, in another part of town, in an area of Sydney in which I had no friends, suburbs that turned their lights out at 6pm and I felt about as isolated as I had ever been. I had found a new apartment but was yet to move into it. I was driving to the farm and today I am a couple of days off returning there. Back then it was a trip I had cancelled, an emotional response to upheaval in my life that I could barely comprehend. Yet even in that darkness there was the bright light of parents I barely knew insisting they would like their kids to be able to travel to the farm with me. So off we went and in a week of unbridled laughter and adventure I experienced an emotional but cathartic time and we welded  bonds of new friendships and reinforced existing ones. I look back  on those days with great affection and know I needed to be out there.

But it was still a time of profound darkness and I found myself thinking thoughts I never thought I would ever entertain. I wrote a book through this period, a reflective piece that captured my emotions and experiences and in the writing I came some way to avoiding doing something terminally daft. Apart from the catharsis of writing I picked up the phone and to my astonishment discovered other men who had thought the same thoughts. Men who I respect and admire and thought I knew, and who had been to the brink as well. Here is some of what I wrote about that experience.  I placed myself in a character who walked up to the lip of an abandoned mine shaft.  The Parson is an apparition that counsels dark but rational thoughts and sits on my shoulder.

“It takes a lot. Or it takes a little. That depends on who you speak with. For me it took a lot to drive me to a point where I contemplated walking up to that maw. Life is a treasure, and one I grasped each day. Even the habit of grasping life meant the idea of casting it aside was never in my mind. But day by day, slice by slice, I was worn to a point where it became, in the Parson’s words, a dish you choose to take. It’s always on the table and it’s long gone cold. You usually never give it a glance. Then one day you notice it and realize it’s there for the taking.  The Parson was right and on a frosty morning I took my bowl of cold gruel and walked into the bush in a direction away from the pit and climbed up and around in a circular direction until I reached its lip. I looked at it from a distance and took a tentative step forward.

(After some reflection, and about to take the step my character is interrupted by a young friend called Philip.)

‘Hey Mista China, what pulleys? What rocks? What would you do with them. And you are standing too close to that hole. You’re making me scared Mista China.’

The alarm in Philip’s voice was what I heard before I registered his words. His alarm reached out and wrapped its firm harness around my body, knocking the cold meal in my hands tumbling into the empty darkness, took a firm grip of me and pulled me back. The alarm of care and concern. The alarm and care that had him follow me out here. Or had he?  I stepped carefully back least the hillock of  loose shale send me into the hole regardless. I moved to firmer ground before I turned to him. His freckled face and diamond eyes shone at me with a compassion that moved my gut and I dropped to my knees, then placed my hands on the ground and wept.”

They were days of weeping indeed.  But Philip embodies all those friends who brought me back from the brink and made me realize, through daily acts of unprompted kindness and acceptance that the mine shaft was never really an option. Few, if any of them knew what I had contemplated.

Back from the farm and off to France. I normally love travelling but it was tainted by the sense that there was unfinished and unresolved business here. The recollection of it in writing this makes me pause and even leave this diary alone least I stir up demons I thought I had put to bed. By the time I landed in Dubai, transited to Paris, slept in one of those cupboard bedrooms for which Paris is famous, drunk awful coffee at 4 oclock in the morning on the train platform, caught the TGV to Verdun, been given a lift into town by a kindly Fred and stood in my fiberglass/plastic room and gazed into the fog on the Verdun ridge I was about as removed from what was happening at home as I could get. Physically and emotionally and it was a distance for which I was glad. Verdun was a powerful tonic and a nice context into which to place my own troubles, a theme through the rest of the year really. I refined my book based on Verdun so it was a profitable exercise in that regard too.

I travelled to Algeria because I could and because I needed to ground truth something of the novel I was drafting. It kept me from home and my head and heart distracted and was a pleasant if unchallenging adventure. I flew from there to Morocco where I met the Genie of Fez, an invention in whom I delight and who has become the subject of another novel, though something I hope to be less sombre than the Flowers of Baghdad. I returned from that trip ready to steady the compass and feeling ready to put life back on a right keel.

And then when I thought it couldn’t get any worse it did and I sailed through waters of the darkest sort and stained by the tannin of the deepest betrayal. I stayed afloat because family and friends, even  more aggrieved about circumstance than I, stood up when it counted. And I took the saddest advice I have ever heard, advice from a senior barrister who warned ‘be more careful about the Christian friends you choose.’  He echoed warnings the law had made only a few months earlier but which I was foolish enough to ignore. Unwittingly at that time my balm was the hug of a small niece, her intense conversation, her childish and simple prayers and her correspondence. How easily we are humbled by those we can so easily overlook. She has no idea how much she rescued me.

And yet, despite the warnings of that barrister I found a perfect oasis in which shade I am convinced I was resuscitated and revived.  An oasis in Kirk Place, a church community in Kogarah. Full of people who had no idea of my journey and who were accepting and non judgmental, and in a social sense who are very much on my own wavelength. Their community attitude and spirit and just plain acceptance of a stranger undid my conviction that the barrister was wholly right. Sure I need to be more careful but I felt no need to take care with this lot.

So the year staggered off to an awful start but the oasis and my employers were magnificent, the latter for a period being the only voice of objective reason and sanity in the whirlpool of events in which I found myself trapped.  But for unrelated reasons we had to separate and the work to which I felt I was called was suddenly removed and I questioned deeply my reason for being. But I was blessed by the distraction of travel and this year, apart from the places mentioned, I found myself in Laos on a couple of occasions, in Pakistan, and in the old stamping ground of Singapore.

Where do I finish? I finish with a job that has shaped up to be a pleasant challenge, intellectually stimulating and which appeals to my desire to be building things.  I finish with an expanded group of new friends I have discovered through the climbing world, men with no egos about their remarkable competence and who are simply passionate about what they are doing with ropes and other gear. I finish with conversations had with my children for which I am grateful. For a long overdue reconnecting with my parents. For walking with siblings and their spouses through dark places. I finish with a sense that all is well with my soul, since its author is being gentle with it, even though I must sorely tempt him to flash his anger at me.  I finish with friends who have not blinked the whole year through, friends who have known me for years and have stayed true. I finish with new bush walking friends who climbed and trekked with me. With new friends on new continents, including Kenyans who somehow discerned fragility even I was not prepared to admit. I finish with new friends from the high country of the Hindu Kush who welcomed me into their families and who are planning more adventures into their homelands when I return. I finish with a deep sense that the year will be reconciled in some way in some time and that in the meantime I just need to crack into 2014. And I do that with plans to climb, back on Mt Cook, and with a booking already made onto Himalayan peaks and with the prospects of new experiences and new adventures. Finishing the year where I started by coming back full circle to the farm where the beautiful isolation of the place, the directness of those on the land and the companionship of  dear friends will recharge me. Finishing the year encouraged by the fact that I clearly remain in draft and that my author still has some editing to do.

2013 has been the tale of numerous cities on multiple continents. And it’s been the season of light, as well as the season of darkness, truly the spring of hope and the winter of despair. Everything before me yet nothing before me, on a pathway to heaven that took me down to hell, in an age of wisdom overtaken by great foolishness by those who fail to comprehend their folly. It was the worst of times yet it has proven to be the best of times.  I am very glad of it all.