Assimilation (or “Why I Support the Wallabies”) 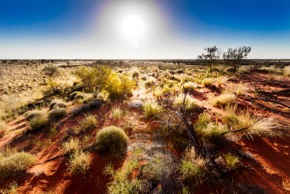 I was a migrant. Past tense if you please. At some point you stop being a migrant and become a citizen. Not because of a piece of paper received from the government, but because you decide you are no longer a guest but rather a host. That you are not just part of the place, but of the place.

In almost every respect our migration was not dramatic. We climbed aboard a DC10 in Christchurch (green, cold and wet) and three hours later landed in Melbourne (brown, hot and dry). But the dislocation was more profound than I appreciated at the time. Sure, we spoke the same language, and shared the same April 25th Holy Day. Everything else was a disruption. From a small country town of 800 souls to a city of more than 3 million. From a homogenous racial group with deep Anglo Saxon roots (one old family friend’s father came out on one of the ‘first fleet’ boats to Dunedin) to a suburb that was more Mediterranean than most. More students in my year than were in the whole country high school I had left. But they were differences that for some reason I felt we had to accentuate, rather than blur away. There was an urge to claim all things ‘home’ least we lost something of ourselves. Worse, there was an urge, almost a reflex, to claim all things ‘home’ better than the place to which we had just come.

I cringe when I think back on those early years and how offensive we must have been to our long-suffering friends. Everything from home was better, cleaner, greener, cooler. The Yarra was a slough compared to the clear streams we had left. We had real mountains back there. We played the only football game that was to ever be played. The crayfish were substantial. Snow? That slush is not snow. On and on we went, clinging to anything that broadcast our differences. We broadcasting our superiority, when all we did was transmit our insecurity. I have often wondered if we would have been better off having to learn another language along with adopting a new country. Perhaps I would have learned to be more circumspect even as I grasped the roots of my new culture.

I banged on like this for twelve months or more until my second year at high-school when two brothers arrived from Auckland. For a moment I had a fantasy they would become allies. To my amazement, and confounding, they refused to buy my line. They embraced a new football code and were quickly playing competitively in a game as distantly removed from rugby union as rugby is from soccer. They supported and barracked for local teams. They waved Australian flags, supported the Australian tennis and cricket teams and otherwise swam in their new culture as if they were born to it. They didn’t bore anyone with tedious claims to better mountains, jet boats, middle distance runners, rugby teams, or lakes but became champions of their new environment. To my sixteen year old mind the startling thing was that they were still known, and respected as ‘Kiwi’s’. It was an epiphany even my immature teen self could grasp and I shut my mouth. I comprehended they didn’t have to cling to everything to retain their identity. Rather, in giving up something of themselves they only reinforced their identity. They were Australian Kiwis. We all respected that. Every one.

What came out of my mouth, and what my sentimental preferences were took a while to shift. I left school and worked on a dairy farm before moving to the military. New Zealand dairy technology was the best. Everyone knew that. My farmer boss could care less and told me to zip it. I did. Then the Australian government gave me a piece of paper that allowed me to sign up. And to get clearances that transformed my life, taking me into places I never dreamed existed. But even as that was happening I was shifting my thinking and when Australia toured New Zealand in 1982 with a very nascent rugby team I (figuratively) went with them wearing the green and gold. If I was going to open my mouth about my new home this was the most potent statement I thought I could make. I have been a supporter ever since.

My support of the Wallabies is the sum of a number of things, yet oddly enough it almost has nothing to do with sport. Rather it’s about the allegiance to a place that has been generous, inclusive and welcoming. It’s a reflection on my Australian friends who have been accommodating, long suffering and patient. It is the giving up the ‘bore’ of being here but not being here. (If I needed any reinforcement of how awful that can be, we socialised with a Kiwi family in Townsville until their one eyed hostility to everything in their host country drove us away. I saw in them myself at sixteen, and what I had been delivered from). It is saying to a new culture (yes, we are very different despite the similarities) that I am in tune with it, part of it, and proud of it.

There are some from the land of my nativity who think I am in jest. Some…okay, one… insists they don’t believe me, or that such a transition is impossible even after nearly forty years of being here. Oh sure, renounce your citizenship they say, flipping off the significance of such a thing. But switch allegiance away from the All Blacks? That is more than treasonous. It is beyond comprehension. The transition is indeed more than just a sporting team. It’s a statement of deeper support and allegiance. It’s about a country for which I have put my life on the line. It is acknowledging I have been trusted with some of its deepest secrets. That I have been entrusted with tasks that fall into the realm of ‘the national interest’. It’s more than simply opportunities to study and work, or to even live safely. We can do that just about anywhere we choose. Yes, even in Afghanistan. It is the far deeper understanding that I was handed this gift – that I am who I am because I chose to make this place home, a shape which has more to do with my adoption rather than the place of my birth.

I love the mountains. Anywhere. And clear streams. Anywhere. Deep snow and sharp blue ice get my attention. Wherever it lies. I dwell on the place I grew up, visit Joanna when I am there, and value that heritage, and those country roots. But I don’t feel bound to the place. I took no risks for it. Didn’t expose my life for it. Was not called to believe in it. I have learned to love the heat. The flies. The empty, open silence. The lack of mountains. It’s people, from wherever they have come. Though I never did ‘get’ the Yarra. Still don’t. I don’t think twice if asked what nationality I am. I don’t feel anything other than a resident, and sometimes am genuinely surprised when I am reminded that I was not born here. That is a gift. I’m not a migrant. I’m Australian. I wear the green and gold, not a fern leaf. Thank you.