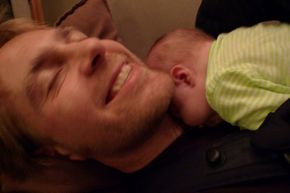 It’s a natural reflex to want to hug someone in distress. I struggled with that response when dealing with the toddler a couple of days ago. His face was so banged up, bruised and bloody and impossible to touch. Yet when someone, especially a child, hurts you want to hug them close. Touch says so much more than words but it was clear I could not touch him other than to brace his neck and head with my left hand. If I wrestled with any emotion in the car it was this one. So much so I even struggled to write that into my larger narrative so left it out and sketched some notes until I had worked out what I wanted to say. And to see if I could capture what I was thinking and feeling.

As a kid I was always intrigued that animals would nuzzle their newborns. Getting the smell of them. Nosing them up onto their feet. But really nosing and nudging them if they are ill, feeble or hurt. Okay, they don’t have recourse to hands like we do but there is always something about pushing a face into another that communicates an intimacy that is powerfully compelling.  While I always had kid siblings around it was not until I had my own children that I appreciated just how much we do that as well – burying our faces into the necks and faces of our own babies. To inhale them. To sense them. To comfort them. To calm them. To rumble and sing noises into them; to hum them to sleep, to blow raspberries and elicit laughter. To bind ourselves to them. To get the essence of them. And for the simple pleasure of the soft sensation of your own cheek on theirs. And then they return the action and nuzzle into you and you know there is nothing quite so complete or profound in any part of the communications spectrum.

The anguish and the distress in this toddler’s eyes was a powerful communication to me. Those intense moments were intense for the simple reason that there was a pleading in them that was impossible to address. I couldn’t take away his pain.  I couldn’t stop the bleeding from wherever it was coming from inside his head. There was precious little I could do for his broken jaw. What could I offer in return? A gripped hand at one point. My voice. My hand acting as a brace and splint. The latter felt so functional and dispassionate – even while I knew it was critical for that neck of his. So while I could clinically apply whatever trauma training I have had over the years, what I really wanted to do was press my face into his and kiss him, to murmur and sing my assurance to him through my own cheek like I used to do with my own infants. I wanted to kiss him as you do babies – those joyous connections that often end in laughter  and which carry no reserve about what is proper or not.

For in that quiet lull in our crumpled blue sanctuary the sad thought floated through my mind that, quite apart from the fact that his face was so messed up and it would be foolish to touch it,  this was not my child and I was a stranger.  Any intimate contact like a kiss would be frowned on. Go figure. I have sorted a quick escape plan in case the car ignites, sorted his neck,  know how I am going to brace him into me if I have to bolt – and sorted all the other pragmatic stuff, yet worry about what our community might think if I was to be so forward as to kiss comfort into him. I felt disappointed not just by the thought that our community might react like that (they may not of course) but more by the fact that I would actually hesitate under these circumstances to kiss or nuzzle the child of a stranger, especially when he needed as much comfort, assurance and love as he could get. I wanted to put my face to his and let that connection convey all I felt for him. Does that make sense? I hope so – or I will be freaking out some poor parent if they ever stumble over this.

Further reflections at Self-Diagnosis is a Dodgy Business