Cliches about Paris Are True 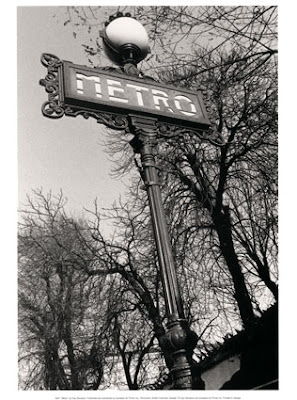 I arrived from Switzerland in Paris in the late afternoon. No one wanted to speak English. I wandered around the station with no maps and no instructions. I asked at a counter and a man through the wire mesh simply shrugged his shoulders. Very conscious that I looked out of place and lost – not a good thing necessarily in a station such as this. So kept moving. Asking, looking, asking some more. To no avail and lots of shoulder shrugging. Eventually stood in the middle of the platforms and studied the flow of pedestrians to see how to get to the Metro. The pulsing throng suggested a particular direction so I headed into the flow of commuters and found some stairs down which I descended. Wandered a maze of tunnels and platforms. Finally found man behind a wire screen who gave me a map in French. On and off trains. Connecting names to the map. Exploring and familiarising by trial and error. Eventually resurfaced into a warm Paris spring afternoon, amid street side tables and the smell of coffee, about fifty metres from my hotel. That was a small affair, full of Americans. So small the door to the room was constructed like a stable door, the top half opening over the bed. Throw your suitcase through that opening and onto the bed. Slide through the bottom half which is butting up to the bed and preventing any overweight guests from entering the room! Access to the room is via a narrow winding stair, so narrow it is only good for one person. Shout up or down the stair well before moving between floors to ensure the route is clear. The Americans think it is hilarious. I guess they are told to tone it down so often the licence to shout must be a relief. That evening I walk 17 kilometers taking in as much of the town as possible. The benefit of all the experimentation in the Metro came the next day when I was able to give instructions to an elderly American couple who had no French and were completely lost. They were impressed by this Australian who knew his way around after only 18 hours. Little did they know the intensity of the orientation exercise but were grateful to be delivered to their stop. In my wanderings that afternoon across cafe streets and through parks with kissing lovers, from crowds under “the tower” to railway porters and ticketeers who refused to engage in conversation it was pretty obvious that in this initial sampling of this city I found that every cliche about Paris to be true. I love it.