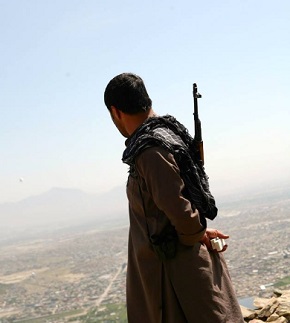 “Hi Sir, staff arrived safely at the RV”. So read the text that arrived late into the night, long after the neighbours kids have been put to bed (that has become my clock). And with that text a sense of relief. There is an HR dimension to Afghanistan I never really appreciated until I came here. It’s one thing to make assessments about your own situation, deciding to shop or not shop, to go to this area or not go to this area. But the responsibility taken for other people is another weight again, and not a dynamic I ever had to contend with in Australia. As a CEO in Sydney, how many HR decisions were weighed against the possibility of staff being killed? None that I can think of, unless I consider the regular booze ups when something accidental might happen. At best all you do in that case is make sure you plan events away from the office premises. See, what you are really thinking about is public liability, adverse media and insurance claims. Your decision to have a Melbourne Cup lunch weighs those things, not the possibility of any fatal action.
The first time fatalities confronted me here was early in my tenure. Within a fortnight one of our staff vanished. Kidnapped. Possibly. Strange accounts filtered out of the remote border region where he was last seen. Reports that did not add up. From family. From the police. From the CID. From the hard arse NDS boys (think FBI armed with anti aircraft weapons) whose reports seemed to have the most substance and credibility. We tested, probed and searched. Seven months later and there is still no news about his whereabouts. But with a jolt you realize you are employing people to go into harms way (awful cliché but in this case apt) and worse, you are doing in such a matter of fact way. I am forced to rethink what employment means to people here.

.
It’s a new perspective reinforced by a number of meetings with staff who work those areas notorious in our press for their unruliness. We hold meetings there for it makes no sense to have the staff come to Kabul. To shift them would be a security and logistics nightmare and would be such a nightmare I don’t entertain it for a second. Beside, how can I lead with any integrity if I don’t shuffle some steps in their shoes? I fly south. To regions that are now stitched into our ANZAC memory since we have lost soldiers there and allies have fought in the dust and shadow of Alexander’s millennia old legions. Kandahar. Uruzgun. Helmand. I sit in dusty offices cooled by Sony and Hitachi and look into faces creased with dust and worry and hear stories of concern about working in Taliban infested areas. Are our vehicles secure? Is it safe to use a taxi – who is the driver working for? I am struck by the risks these people take, and wonder as we shake hands and they depart if I will see them again. Or if the next time I see their name it will be in an incident report. I travel with some of them to where they work and I am deeply moved. But there is little time for sentiment as the locals are restless and I stand out. One in four around me are Taliban and given there are some hundred or so locals milling about the odds are not in my favour. We clear out and I feel guilty for leaving my staff exposed. They take it in their stride. They know and accept the risks. We issue medals to our military for less courage.

.
Courage takes other forms and shapes the HR picture in a slightly different way. Closer to home I have the heart wrenching situation of a staff member whose loses immediate family to a Taliban beheading. I can’t cross the cultural divide here and convey the compassion I really feel for her. One of the housemaids, I can only feebly convey my feelings via her Afghan colleagues. My lack of language does not help but, apart from that, there is such a gender, social, and cultural chasm I am unable to do anything except by proxy. How would the Sydney CEO handle this, and what resources would there be on hand? Grief counselors. Psychiatric help for all the staff. Special leave considerations. Medical assistance. Someone to handle the media. We would be alert to PTSD. My disconnect only accentuates the horror I imagine she is living through (made worse by the story that eventually filters out) and there is almost nothing I can give her. Besides, as her colleagues gently point out she is not exactly Robinson Crusoe. Everyone has lost family to the insurgents, none in pleasant circumstances. Sir, don’t you know, we all have suffered. Oh, I know alright. But that does not temper my concern. I urge her to take as much time off as she needs. She feels obliged to keep working, hardly surprising given this country suffers 60-70% unemployment. She is here every morning by 6.30 and continues to serve us in such an uncomplaining and generous way. My life is eased by her contribution despite her own pain. What can I say?

.
The situation in this country has deteriorated markedly as the impasse over the elections grinds on and the tenuous stability of the place is made even more fragile by a lack of leadership. So when I am confronted by the urgent need to get staff to a project deep in Taliban country I have a slight conundrum. Do I deny employment and opportunity because I am risk averse, or do I entertain the idea. I pursue the latter. Flying is option A. But the airlines no longer fly into the area. A helicopter? Not at $40,000 a flight or more. Those Russians know how to charge for their bullet proof Mi8s and Mi17s. By road? I agonise over this. Do we pursue option B? What value a life? Or two? Or four? Or ten? Do they become cheaper by the dozen? Or more valuable? There are risks in setting out – being marked as you leave town by operatives who broadcast your details down the track to those who lie in wait. So mitigate those risks. Have a hard look at the profile of your vehicles. Covered? Uncovered? Age of the driver and his buddy. Time of departure. And other smaller details that help them blend in. There are risks on the road. Statistically one ambush a mile over the last couple of years. But some days are clear. Some times of the day are better than others. And there are risks at the other end. You can’t land in a place and wander around looking lost. Can we coordinate reception for these folk so they are in secure compounds straight away. Sounds easy, not so easy to implement. I spend a day thinking about it. A night sleeping on it. But that is all the time I have and in the end decide to split the team into two, each group having very different and low profiles. Unarmed. Unarmoured. No documents or clues to being connected to a western company. Loose cover story if they are pulled over by the Taliban – the most commonly used one seems to be that of “my father/mother/grandma is sick” and such is the reverence for family its accepted. Even though we all know it is likely to be a furphy, we all buy it. Mostly.

.
I spend the day sweating the travellers. Mid afternoon I get an email – all staff safe in the compound. That’s the first lot. I have lost track of the second crew. No one is answering their phones. At the time they should have arrived there is no news. A four hour gap. I start to think the worst and imagine what an incident report should look like. Then a message. They have turned back. The Taliban ambushed travellers ahead of them and the police had closed the road. They had gotten nervous and reversed course, back to a small town but in which there was no cell phone coverage.

.
‘Have the police opened the road?’
‘Yes?’
‘Have they cleared the Taliban?’
‘We think so.’
‘If you get cracking now you will be through the worst areas before dark. Can you do that?’
‘Yes.’
‘Off you go then.’
And off they go. Taking risks I ask them to take, risks I am not able to take or share. And the wait continues. In and out of coverage. The sun heads to the horizon and slips below the mountains and darkness overwhelms us. Taliban darkness. Now is the time insurgents drag out their impromptu road blocks and start their real mayhem. Then a call to say they were only a matter of an hour or two away from their destination. That they are past the most risky sections of the highway. I relax. Just a fraction. We let those at their destination know the revised timetable. And wait some more.
Finally the text to say they had arrived at the RV. Some subsequent clarifying messages. An email giving a quick logistics summary. I relax. Then a final text, that allows me to turn the light off and close my eyes, and which sums it all up.
“Everyone alive.”