Exporting a Bogan or Two 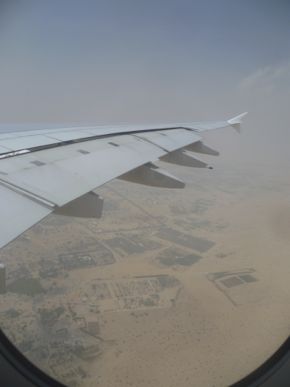 (Language warning!) They’re sitting in the seats behind me. 76J and 76K in the 380. One is wearing shorts and a ‘wifebeater’.  It went something like this, in loud voices used to projecting over the sound of the dogs on the back of the grinding ute.  My laptop was on my knee so I made like a Hansard Reporter for as long as I could tolerate it.

Yeah mate, done this before?

Went to Germany earlier in the year. It was a blast. Not on a plane like this though.

Really? Man you know your shit. I can tell you’ve been around.

You been around mate? How old are you?

Just drive south a bit from Canberra, inland ya know. Near the snow shit.

Near the snow. That must be fucking unbelievable.

Nah, never seen it. Whereya from?

You heard of it. It’s a skanky place.

Yeah yeah, ah yeah. Nah mate. Where is it?

You know where Bathurst is?

Nah. Near this fucking Sydney isn’t it?

Yeah mate. Bathurst, fucking Orange. Dubbo all out there from Sydney. So’s Cootamundra.

Oh. Never heard of them. That’s scary shit that, all those towns I never heard of. Whereya going?

Na. Now that’s scary. Hope those fucking parents of mine are there to meet me. I’ll be fucking lost in the desert and that would be scary shit. I would be stressed.

You’re stressed? Why ya stressed?

Nah mate. You don’t know stress. Wait until you do my accounting unit. Then yo’ll know stress.

I have to do accounting at uni? Fuck man. Now you’re seriously stressing me out.

(Some time later (and after I had drowned them out with my iPod) they then get the game consoles out).

I’m just glad I can shoot something.

Try shooting on its head.

Now you’re fucking with me.

I am so over this shit.

You have so many lives

Oh, I’m over it. Way too stressful.

So you are leaving at 2.

(Yawns). You have another 8 hour flight.

Did I sleep at all?

Did you sleep at all?

Don’t worry about it. You have a five star hotel to go to. Rome man. That sucks.

Can we buy shit in Dubai?

Yeah I’ve got a shitload of Euros.

Can you use those?

Nah, you need dingams or something.

Right. I guess I’ll have to swap me money.

Wooo, I’m fucking calling someone when I  land man. This is shitful.

Make it happen. I’ll write my details. I still don’t know how to get wifi on this bitch. I thought this was a cool plane. No wifi in here. What the fuck?

I just need out of this thing man. I’ve been going mad.

But you’ve been asleep.

Does it say free wifi?

There’s a lock on it.

Cause I’m fucking starving. Are they serious?

Come on please? A lock on the wifi? Shit, they are serious. Emirates man, they need to get their shit in a sock.

(At which point I could stand it no longer and put the ear buds back in and drowned them out. The uncharitable in me hopes we are permanently exporting Australia’s finest).