Guns and Dogs, Dogs and Guns 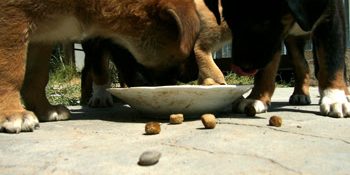 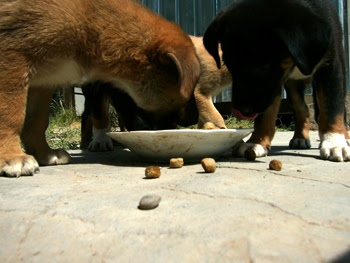 They do seem to go together. Certainly in my boyhood experience, which was an overwhelming positive chapter, guns went with dogs. Specifically they went together up at David Paton’s place where dogs seemed to be everywhere. A trip in the truck was one taken with any number of pillion passengers, their claws digging into your legs as they tried to get their noses past each other and out the window – assuming you were riding with them in the cab. Most often you were jolting along with a dozen of them on the truck deck or tray, fighting them for a place at the cabin guard and rail. A motorbike ride was invariably made with dogs on the petrol tank or panting alongside. I have especially fond memories of all the puppies that scrambled around the yard each year when it was that time. It seemed like dozens and dozens of them, all blue eyed and squealing and yipping their insistence for attention. Not all would survive the cull but some were sent to neighbours and friends and the select few would later learn to round up sheep, nip cattle along but most importantly hunt out pigs, launch after possums and dig out rabbits. We would saunter along behind with a rifle, just in case they needed a hand. It is a blissful memory, no doubt getting better with age.

Here puppies are having the same mellowing affect. I took this photo after being downtown. A couple of Abrams (main battle tanks) pulled over for a break in the shade. Four Australian LAVs went speeding past. I have lost count of the number of HUMVEEs that have grumbled past. It’s all fascinating stuff but not “normal”. Off the main road we pull into our house and here are six puppies having their lunch. They are being watched over by a very friendly, likable Iraq guard, kitted up in an armoured vest and wearing his folding stock AK-47 machine gun casually slung across his chest. He has taught me the Arabic word for puppy. He has taken a liking to these animals and is constantly feeding them, getting them water and doing all the things Mum should be doing. She, no doubt thankful, is lying in the shade watching the surrogacy from a distance. Most times she barely lifts her head though her eyes are not closed when her pups are out. Guns and dogs. With the puppies around you forget for a moment that so many guns are around, even on the friendly guard, none of which are intended for pigs or rabbits. Regrettable really.