It is Best Not To Mix too Much

“If you want a good neighbor, you have to have a place for everybody. It’s best not to mix too much.” Nadav Garmi, Rakafet 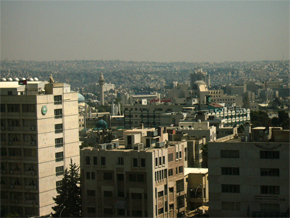 One of the lesser known but interesting facts about the composition of Israel’s armies during their so called wars of liberation and independence (and defence) was the Arab component which made up about 60% of the soldiery. Statistics need to remain bald, with little interpretation – General Sharon quotes this figure – but the inclusiveness of that or even a lesser number tells a story of unity in the pursuit of a common goal. Which was nothing less than the establishment and defence of their own independent country. When you visit Israel today sadly there is less unity and more division, reflected in the comments by Nadav cited in the Washington Post, where he suggests ethnically discrete suburbs and cities are the answer to the ethnic divisions which mark his country today. If he was to take a short trip across the Jordan River (he is allowed to these days) and spend some time in Jordan he might see a different answer. Not a perfect one but one which is lived out in a reasonable way, with Christians and Arabs and even Jews living cheek by jowl in a reasonably harmonious community. I was especially struck by the Muslim caretaking of an historic orthodox church in Madaba. And by the Moslem men working on the church on Mt Nebo, famous as the heavenly jumping off point of Moses. No solution is ever perfect but mixing up communities, ethnicity, cultures and personalities is a more sure way of coming to understand all the things we share in common – a desire for security, safety, fresh food, clean water, eduction for our children, reliable utilities, freedom to build our homes, to worship how we need, and so on – can be the basis for our empathy with our neighbour. Which in turn makes us less inclined to take up arms against him. Dear Nadav, it is in fact best to mix as much as possible.