So What Makes an Author? 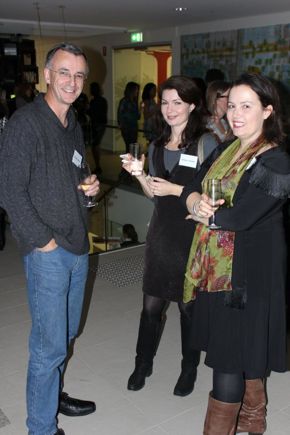 I attended a cocktail party recently and enjoyed a range of conversation with various folk involved in the publishing game.  I liked the fact that the 41 year veteran from the mail room (I suspect there is more to the story than just that) was there and mingling. Some were folk with multiple publications under their belt and appeared completely at ease. Others had one or two publications to their name yet were decidedly uncomfortable. Maybe they preferred the less public environment of crafting their pieces than the raucous environment of promotion. Me? Well I would be lying if I said I didn’t enjoy the champagne and conversation – let’s face it there are not too many places you can volunteer a plan to overlay Spenser’s Faerie Queen on a World War 2 setting and not get a blank look.  But I do need to admit that I felt I was there under false pretenses. After all, the book is yet to be published and there is still some fine tuning of the cover and so on. What if it sinks out of sight? Or reviews poorly? Or readers outside family, friends and familiars hate it? All those imps float on and off my shoulder, bustling for space at the expense of my muse who, in times like this seem to flee in a huff and who take some coaxing to reappear. The flip side is that the sales folk, nice people all, seem to think it’s a great read. But then they are sales folk aren’t they, and like intelligence operatives, can sometimes fail to discern when they should and should not be pitching their story. Are they trying to sell me on my own narrative? Wittingly not, but otherwise maybe.  Is it specious of me to assume that if invited to this bash that someone out there considers me author? Really?! I am not usually given to self –doubt but it all does seem rather unreal. I am far too suspicious of motives and am too quick to doubt my own credentials so have another Moet top up and hope the imps drown in the bubbles. Any day now I will let you know the answer to that question.