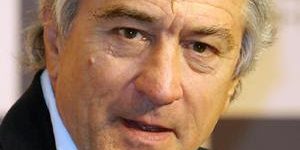 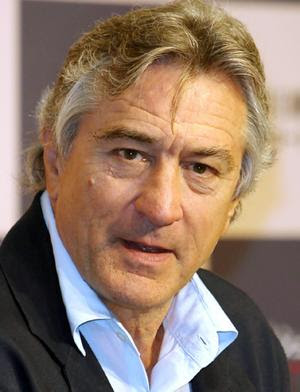 Getting more attention in the Sydney Morning Herald today than the collapse in the share market is the news that Robert de Niro has snubbed Sydney and elected Melbourne as the site of his Tribeca restaurant, Nobu. de Niro may well settle his refined nosh shop in Melbourne for all the right reasons and I am not one to argue with him. But having lived in both places, and being a son of neither, it seemed like an opportune time to list those things that make this town (Sydney) a whole lot more appealing than our southern sister. OK, so it’s a perennial debate that everyone gets sick of hearing and we all like to think we are mature enough to ignore. But there is a secret part of Sydney-siders that truly believes the best view of Melbourne is in the rearview mirror (I do have a photo of same!) and we just can’t help ourselves.

That harbour – you just can’t go past Sydney Harbour for sheer beauty. Its a crown jewel to be sure and we all bask in its glory.

Its a working harbour. Not as much as it was but cargo vessels still push in and out and warships, including visiting US aircraft carriers, are regular sights. That hustle and bustle on the water is a pulse that is part of the city.

The pulse. Period. This is one place that lets you know it has a heart. An intangible thing but the zest of this town is part of its appeal. If you want quiet (and that is OK by me) then Melbourne is a better choice.

The icons. Walking into town across the coathanger (Sydney Harbour Bridge) is a perpetual delight. That working harbour beneath your feet is some of the appeal of that walk. And drinks last Wednesday evening in the Opera House as the sun set into the far reaches of the harbour has nothing comparable. Anywhere.

Real beaches. With real waves. Right on our doorstep. None of this driving three or four hours to find the surf. The smell of the salt air and the roaring southerlies that whip us around in late winter, early spring all add to the zest.

We have our seasons when we are supposed to have them. The “four seasons in one day” cliche about Melbourne is, sadly, true. Regardless of the time of the year. Not their fault I guess but I do enjoy the temperate climes and humid summers we have in this town.

Have I mentioned the Harbour? A ferry ride up to Manly. The occasional whale or two in it. Drinks at Manly. Or Bondi. Thai octopus salad by the water. Visiting the zoo which sits on the water line. The bush fringe that circles a large portion of the harbour and gives a garden feel to the place.

That bush pushes its way into many parts of the city – and I live in an area that is blessed by plenty of bush and all its attendant critters – parrots, possums, bandicoots, – and spiders and snakes. Best of all, I don’t have to drive out of town to enjoy any of that.