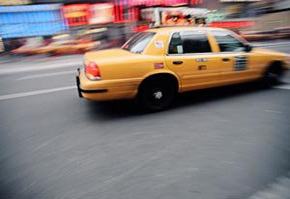 Waiting outside Nairobi airport. An earlier made friend called Peter walks up in the company of another chap I have never seen., who holds out his cell phone and says by way of introduction:

Here you go, talk to this man.

The person on the end of the phone knows where you are supposed to go.

(That is no comfort – his idea and my idea could be hemispheres apart. I take the phone.)

“Hello, the person who owns this phone is Steve.”

He smiles. “I am Steve”.  Spoken in one of those lilting Caribbean tones that has something to do with honey.

The voice on the phone confirms it again.

“Go with Steve. He knows where to go and I will meet you there.  But make sure you do not pay him. It has all been fixed up.”

(It is all still very vague and could all still be a set up but I decide to go with Steve. He is only one man and I will stay on my toes)

I have been driving taxis for twelve years or so now. It’s a good job and pays well. But we are trying to get this government to have a proper taxi registration. We want everyone to know we are honest.

Are you supposed to be registered now?

Yes we are. And many are compliant. But it is a very competitive business because there are so many illegal taxis out there who will give you a lift for cash. Everyone wants the cash business. There is too much corruption in this country.

I assure him there is corruption in every country including mine, said as we drive past a police checkpoint. He lifts his chin at them.

But I bet you do not have corruption with the police. Our police can be very bad.

I assure him corruption can be so bad with our police we have other police organisations looking for police corruption. He shakes his head.

Well, I want none of that.  I want to run an honest business. I once helped a woman, an American at the airport. She wanted to tip me for taking her luggage trolley to another part of the airport. But I refused. I wanted to just help. So she asked for my card. About three years later she was posted here with her company and she called me. She did not think I would remember her but I did. Whenever she or her friends needed a taxi in the two years she was here they called me. And they wanted some BIG taxi trips. Honesty is best. Ay, ay ay, look at these drivers. They are not paying any attention. People get killed that way. Its like that out of town. Too many people not paying attention on the roads.

You take fares out of town?

I live two hundred kilometres away. My wife and children are not in Nairobi. I work here for two weeks then go back there for three days.  It is a three hour trip to get there. The roads out bush are bad. And I use the government provided minicab service. I also drive for them sometimes too. But it is a slow run out in to the country as we stop for everything and everyone and the vehicle is not reliable anyway.

I have two grown daughters who have left home.  The eldest is a horticulturalist. The other is an accountant. I have two younger sons. One of them wants to be an accountant too. And I look after a young boy here in Nairobi like he is my own son. I am helping him through school.

We take some wrong turns and end up down Rose Avenue, in light rain with groups of men on each corner watching us. We ask a young lad in a red jersey for directions. He shrugs and tells us what we know – we are in Rose Avenue.

A phone call rescues us – we are just around the corner from where we are supposed to be and a forest of waving arms by people waiting at the front gate tell us we are in the right place.  Waving arms and a chorus of “Welllllcohm,  wellllcohm”.