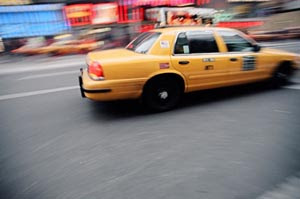 Taxi drivers in this city are almost always foreign nationals – if not by citizenship then at least by birth. That makes for some interesting stories and I usually take the opportunity when riding with them to find out a bit about their backgrounds and their families.
One stands out and I am thinking about him today as I see news that Saddam has been hanged – and as we anticipate long queues at midnight of the New Year. He was a young Kurd who had been drafted into the Iraq Army (unusual) and placed in front line positions in 1991, and was one of the lucky ones to be captured by coalition forces. For which he was eventually thankful, but not before he spent time in a POW camp in the Saudi desert, some time in a camp in Kuwait and then returned to his home town in Iraq. Which by now had been cleared of all Kurds and he found himself on the run. He tried to leave Iraq and headed for Turkey but was picked up by coalition troops in northern Iraq and returned home. Deciding Turkey was not a safe exit route he decided to make a run for Lebanon but was ignorant of how well that border was stitched up – by both sides. He was turned away by Iraqi soldiers who did not trip to his Kurdish ethnicity. So he made a run for Saudi but got picked up, interned and returned to Iraq. His final run was out through Afghanistan and Pakistan and to Malaysia via that now infamous route. After a year in a Malaysian detention centre (very unusual) he was accepted into Australia as a genuine refugee applicant but still had to spend time in one of our centres. I can’t recall for how long.

Now he drives a taxi in Sydney and is studying at night. He told his story without any bitterness. Just with a sense of relief that he had made it. He would not be drawn on his family story and I did not press too hard.

I guess he will be one person that has a sense that justice was served today.

And he is one part of the taxi driver tableau that makes me reserve judgement when we all want to grump about what sort of service we get from our cabs. Sometimes I just want to say “Forget the service, listen to the story!!”