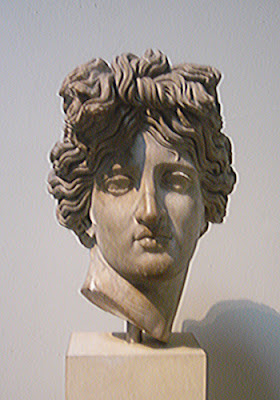 This museum is a zoo! A human zoo. Summer in London and its school holidays and they are here from all corners of the earth looking at all corners of the earth. Fancy a quiet afternoon wandering a whisper quiet, hushed monument? Best go somewhere else. Here a heaving, chattering throng, charging through ancient Egypt, classical Greece and Imperial Rome. School kids from Korea shout into their mobile phones and attempt to answer a written quiz on Celtic England. Their mystification is complete. Tour groups of Chinese throttle along through broken faced Greek statues as they manoeuvre to the next talking point behind a guide holding a little flag up high. Japanese tourists look on in disdain – such travel and guide methodologies are so passé! But they still happily snap away like their parents and grandparents did and cannot resist posing in front of anything standing still – which is course just what they have in spades here. But they snap without too much discernment I suspect. I wonder what Grandma will think of the pose in front of a broken penised Greek god. The marble testicles will show up quite nicely beside her left ear though.

Eastern Europeans outnumber us all. In and out of the museum it seems. They are in a rush to catch up methinks, and they crowd in solemn assembly around Assyrian bull gods, admire Islamic glassware and linger over the mummies of Egypt. I am plagued by a precocious loud mouthed twelve year old from Michigan who is embarrassing his siblings and parents with his know-it-all commentary. We even got the atomic weight of gold as we admired ancient Chinese coins. Despite a crowd of ten thousand he found me in Napoleonic Europe, North European prehistory, Korean prints and even in the book shop where I think his parents were trying to escape him (His older brother had taken a couple of swipes at him in the bookshop which did not connect, and my uncharitable self fancied I should hold him still while brother took another swing at him). I can thank him though for saving me some money – I fled his lecture on the rules of chess in Anglo Saxon times before I could spend anything in that shop.

Pussycat pussycat where have you been…
March 7, 2008