The Genie of Fez goes shopping for Nutmeg 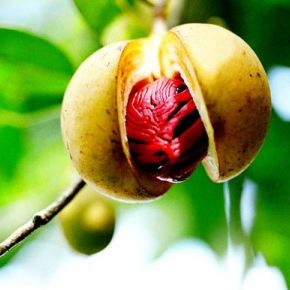 There are those who follow the prophet Isa. They are fortunate to do so for he is a powerful prophet indeed, whose power lies even in his name. You think that is too simple a magic? Perhaps it is, perhaps it is. I like a good joke at least once every day, twice if I can. But this matter is no joke I’m afraid to say. Let me give you an example of what I mean.

I had taken an economy class flight to Singapore. I wanted to buy some nutmeg there. So much nutmeg in Singapore. Over all the ages and across all time and space the best nutmeg is found in Singapore. Why nutmeg? For a favourite recipe of venison and hey, I’m not letting you into that secret. Anyway, there I was in Singapore and I realized an old dark genie pair had gotten there ahead of me. Maybe they had never left, for this place is something of a playground for many of us. I spotted them off Dhoby Ghaut in their filthy rags and followed them out of idle interest. What were they up to?

There are dark jinns who would play with the human. They work in pairs. One will distract  a man with pleasant visions of things and of people. The other will then dance in and out of that person while he is not looking. The dark jinn of the pair, and the larger, would wreck murder if he could. He had in his heart that there was no purpose for him greater than the deaths of humans. I’m sorry to say this is true of some of us. And they would choose a follower of this prophet who they saw could have his head turned, even ever so slightly by the first devil. But when the second would enter he found a great armour that he could not understand nor could he penetrate. He waited until the man was asleep thinking this armour might be reduced when he was unconscious. Yet it was even stronger and no matter how hard he pressed on the sleeping man it was to no avail.

Soon even a man will sense all is not well in the spirit world  and sure enough the energy of the dark jinn stirred the man awake just enough for him to sense a strange weight on him in the dark. He sensed the dancing jinn first and called out Isa’s name. That was too much for the frolicking spirit and he vanished but still the weight pressed in. Then the man realized there was a second jinn attacking him. He called louder and the jinn pushed back until the man declared, albeit with a little tremble “I belong to Isa” and the jinn rolled away, oh so reluctantly. The man repeated his statement, more firmly and assured and the dark jinn slowly and grudgingly left. He is a powerful jinn from a powerful family line. Even I take care around that clan for they are a surly lot with no humour other than a malevolent one that can bite even me sometimes. They hang out in places where there are jinn graves and haunts. Singapore is one of those. It is frequented by the frivolous jinns who find it easy to distract the human from the important  pursuits of life and convince him to play with money and things instead. They were the perfect tag team but against Isa they could do nothing.

We all know better than to mess with the property of that prophet for he truly owns those humans. And even this filthy pair knew better and were forced to leave. You see that prophet went into the market a long time ago and paid for many humans with all of his blood. It wasn’t a recipe of magic that called for only a drop or two like so many dark potions require. But rather this potion was just his blood, with no other additives for smoke or light or transforming properties. This recipe has a single ingredient.  But the recipe is a dangerous one for it is not complete and the magic not active until the potion contained all his blood. Not one or two or three drops, the most that a dark potion ever requires. No, this recipe required every drop. It is powerful magic, to empty your whole body of blood, to die and yet still live. It’s a recipe I don’t fully understand.   No genie can do such a thing. We are possessed of wonderful magic. I can transform into anything and can move through time, even if I do get migraines as a result.  But I cannot give up the essence of what makes me alive and still live. None of us are strong enough to do that, nor are we  brave enough to try it out. To give up all of our  essence is to die, with no capacity to regenerate. Yet somehow this prophet did just that and those he has marked are those he has bought and we know better than to interfere with such powerful magic.

I hear that sometimes Isa will destroy a jinn if he oversteps the mark with one of those marked by him. I have never seen it happen but the tradition is so strong amongst us that we are never prepared to take the risk of testing it too far. I for one stay clear of them. At least I don’t molest them. It’s not worth the risk. Besides, those so bought seem to me to try and live peaceable enough lives. They appear just as messed up as the rest of us but for some reason this Isa has set his mark on them. Funny enough they usually don’t understand why either. I sure don’t but I am happy enough to live along side them. Harassing them for the fun of it while they  sleep, trying to get into their minds while their guard is down, well that is a foolish thing. See even just the name of Isa was enough to scare off the dark genie and his giggling friend. I watched that human rest back though the light stayed on. He called on Isa, who didn’t turn up that I could see but the name was enough. That surely is powerful magic. See, I don’t have all the answers. All I have are some explanations. Isa is a powerful explanation for some things that happen in this universe. I am careful around him and never use his name, even as a joke, especially not when it’s so powerful that it can chase off two powerful miscreants like that.

Nutmeg. Don’t forget the nutmeg.  I knew I was here for a reason.

The life story of the Genie of Fez is slowly emerging. Be introduced to him here if you have not met him already.