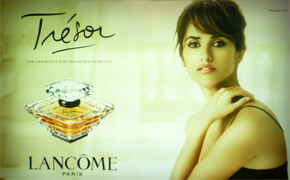 We push back at 1135. The plane is full. A three year old cries in the seat in front of me. A spoilt brat I grump to myself, who does not want to be strapped in and would rather sit in Mum’s lap. Little prat, I am ready to box his ears. Might as well give him something to cry about if he is going to try that simpering whining on.  Come travel with me kid, we’ll have you sorted in a flash. I am consoled, partly, by the exasperation of the flight attendant whose Spanish lapses into English in frustration at not just the kid but especially the indulgent parents who want to hold him in their lap. He is about to call the Capitan. Ah, this has the prospect of being a long trip.
The launch to Lima is not as subtle as it might have been in 1927, liner gently easing away from the wharf and all that. We thunder out of the Antipodes and aim for Argentina but we do so via the counter-intuitive route of heading south.  No different for Herb in that respect I guess – taking an indirect course that is. In 1927 Lima was reached via Panama. Sydney is beautifully clear. Cricket games are under way on the patches of green scattered among the inner suburbs. We depart north than swing left, then left again, then tip a bit more left until we straighten up and head south, tracking the coastline on a sparkling, near summer day. We slip past Wollongong, track some more coast, tip left again and I give up watching cloud.

We have flown through an abbreviated night, chasing the dawn, skirted the polar ice cap and woken to a rising sun kissing strands of cloud, tipped gold, ripping past just beneath the wing.  We strike upwards, towards and over the land of fire and ice, heading for Buenos Aires due, by the dead reckoning of my in-seat, flat screen sextant, on our nose in three hours. My fellow travellers have been very kind and let me sleep for five hours or so. Even the young punk in the seat in front of me has been very un-Latin and not as he promised when we pushed back. See kiddo, travel with me and you will be sorted.

It is now 1050 on the same day. Crossing that date line is always weird, no matter how often you do it. Years ago I perfected the slow walk – how to cover the least amount of ground in the most amount of time while on guard duty. It comes in handy now and then. Like just now. I have just completed a slow walk around the Aeropuerto Internacional De Ezeiza – Argentina. It’s over way too quickly especially given I have another eight hours here.  Remember Yemen? That airport was a Soviet era timepiece and I hope it is never upgraded. Magical and hilarious and historical all at once. This is a timepiece too but I am a bit hard pressed to pin it down. It’s tired to be sure but let’s look for the positive rather than the negative.  It has a 1980s draped over 1970s feel to it. The carpet tiles are out of a high school year 12 common room and the toilets are your Spanish restaurant in a forgotten suburb – all dark timber and orange swirling tiles. But let’s face it, it’s an airport so there are planes to watch. And it’s South America so Penelope Cruz pouts her plush lips at me from one hundred posters and smooches at me from every second flat screen TV.  Trouble is that even Penelope and her planes  are going to be working uphill to keep me distracted in this place for eight hours.

We cross the Andes in the dark (boo) but I see the lights of Lima as we slide up the coast and slow down. The ships lie under our wingtip as we turn over Callao and line up for short finals. I guess the ships would probably be the only scene familiar to Herbert,  entering the country as he did via ship. Customs is a breeze despite my complete inability to read the Spanish on the customs forms. I think I was declaring that I was not bringing in cash, taxable goods or that I was not wanted in some other jurisdiction to trafficking drugs or molesting children. They let me in which was a good start. So now I sit in the carpark where Anderson has left me while he rounds up some other guests of their hotel. His rusty English is better than my non existent Spanish so I am not left completely wondering what he is up to. He is a trusting chap, having slotted the keys into the ignition and flicked to a radio station he thinks I might like. I am startled to hear the DJ say “bloody Aussies” before playing something from “Men at Work”. Surreal, as is the “Rip Curl, Touquary, Victoria” spare tyre cover on the 4×4 immediately in front of me.

The other travellers prove to be Victor and Crystal from Canada, a thoroughly pleasant pair from Canada, having a week long adventure in Peru with Machu Pichu on their minds. Good on them. Victor is a professional poker player and can travel when he likes. Now he is here he is wondering why he did not book himself more days than the six they have planned. Professional poker player – now why the heck didn’t I think of that?