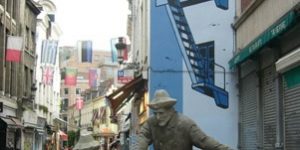 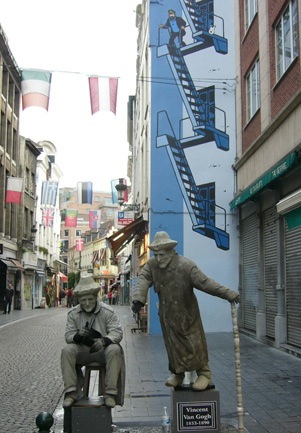 When I finished primary school I spent the Christmas holidays in breathless anticipation of two things which High School held out for me – an expanded audience of girls and a library. Girls? Go figure why the mind of a twelve year old would seethe so. But the library held even more promise. We had out read the kids section of the local library and had been raiding the rest of the library for some time, though our librarian at the time was always returning us to the shelves with a “that’s not suitable”.  Now a teacher had once told me, as she read to us in class, that the best books were always on the bottom shelves. I know now what she was really trying to say (so many are literally overlooked) but at the time it meant after a quick recon on the first day I was allowed into the library I started a scrounge along the bottom shelves. And there, to my utter surprise I stumbled over some comic books. Really? I did a quick look around, guilty in the discovery. Comics were frowned on by our town librarian (I can see her and the name will come back to me shortly – classic bespectacled and stern type in a pale green cardigan) and the war comics we brothers enjoyed were tolerated around the house but not considered worthy of any serious library. We resorted to building a library for them under the house.  My confusion was compounded by the response of my father who I found reading one of my loans and laughing his head off (he eventually put it back on). I had stumbled over the collection of Asterix and Tintin and had the temerity to borrow an Asterix volume.  I can’t recall which but both characters had equal attraction. We were all up for the adventure of Tintin though the fantasy world and word play in Asterix had its own special appeal. Tintin won out in the end  – there was always some hope that there was some reality to the plot and besides, I loved the way those jets were drawn.

My interest in Tintin was rekindled  a few years ago when I was in Brussels and found he and his dog larger than life running around the side of a building, and Captain Haddock about to descend some stairs.  Mind you I kept bumping into Lucky Luke and Asterix and friends as well. The Belgians celebrate their cartoonists by painting vast and numerous murals of their characters on various buildings. And I was particularly susceptible to the advertising for the new movie which I saw last night. If you can be dragged out of the story (which is cleverly preceded by a short story in the credits) allow yourself to be distracted by the amazing artwork and “camera work”. The whole thing is animated animation – done so well that every now and then you have to remind yourself that “it’s a cartoon” when something looks a little too improbable. I think I need to see it again to catch more of what was going on. Because you know, in all the adventures of Tintin, and in all the years I have read his stories, and despite meeting him in Brussels, it has never occurred to me until I saw this movie, that he has no love interest. Other than buxom matrons whose singing shatters glass there are no girls!  Which I guess is entirely appropriate given that youthful holiday expectation of mine, for that was illusory too.