When in Rome Do What the Romans Do 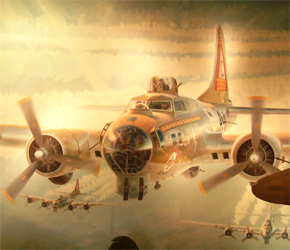 In DC that translates, in my book at any rate, into going to “the Mall” – and not to a shopping centre but to the strip of beaten up turf around which Washington seems to turn. And everyone is there getting famous backdrops to “me in Washington” photos later shown in homes all around the globe. It is a vast space and crowds vanish into it. In 1997 I attended a rally here which was supposedly to have a million people turn up. I think the official count was 700,000+ but even that number was spread out in an unpressed picnic atmosphere. But the REAL reason one comes here is to get another aviation fix at the National Air and Space Museum, part of the Smithsonian collection of 19 or so museums. America’s fascination with technology is caught up in the place and the place on a warm Saturday afternoon is wall to wall people – the woolly mammoths stand in their echoing halls on the other side of the mall with only school science excursions paying them any attention. Old people. Young people. Irritating ten year old boys in small groups who collectively know more about aviation than I ever will. Women. In fact lots of women peering at aircraft, and rockets, and old planes, new ones. This is not a “plane spotters only” museum but given to everyone who wants to admire what this country has done in the air and in space. In fact the space exhibits are probably the most crowded, hardly surprising since, in the history of aviation, putting man on the moon is a naturally impressive thing of which Americans can be proud. But then Armstrong spoke about a leap for mankind, so it is equally impressive to listen to the dozens of languages spoken in these chambers as people come to walk through Spacelab and admire the Apollo and other programs. It works for me – but so too the military history, of which the museum is starting to do a reasonable job telling their stories rather than simply pile up a bunch of exhibits, a weakness of the place when I first wandered around here with my mouth open twenty years ago.