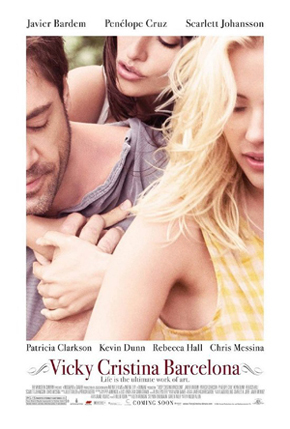 Travel is a great introspective tool, strangely mixed up with the opportunity to step outside of yourself to see how you fit in the world. An existential flux if you will.  The more I travel the more I want to do more, not for the sake of travel (though worthy a motivation in itself as any) but for the greater awareness you get of how much we are defined by our neighbours, regardless of where they live on this globe. Consequently there is a gnawing feeling as time passes, not that you might miss some exotic destination, but that there are conversations being left unspoken, relationships unformed, and interactions that are spoken into empty space.

Something in what Josephine Tovey of the  Sydney Morning Herald wrote on the 13 January therefore touched  chord. “Who are we?” is a vastly more important question that “What do you do?” “Who are we to others?” is vastly more important again. How do we find the answer to that? Part of me thinks Jack Kerouac certainly had the answer – well, some of it at any rate. He of course was the first to admit he had no answer in the end. But the journey was worth the discovery and the desire to engage in the same journey only fuels the gnawing. Tovey’s piece copied below.

In Woody Allen’s latest film, Vicky Cristina Barcelona, the twenty-something Cristina, played by his latest muse, Scarlett Johansson, gives a surprising answer to the ubiquitous question “So, what do you do?”

Recently finished college and showing no inclination towards a career, Cristina simply replies: “I’m at liberty.”

It may just seem like a bourgeois term for “stuffing around” but her response captures a fledgling, romantic notion of what one’s youth is for: travelling, meeting people, trying different jobs and – this being an Allen movie – exploring neurotic sexual relationships, all in an effort to find out what kind of adult you might want to be.

Despite coming from the lips of a Gen Y star, such a sentiment clearly belongs to the baby boomer icon who penned them. For there are few heroes of my generation who seem keen to forge their youthful identities by taking time out.

Although brief, parent-sponsored gap years in Europe are becoming more common among a certain class, more typically being in your twenties is seen as a time to put your head down and get ahead. No time to go on the road, or into the wild; there’s work to be done and identities to be forged.

Cristina’s words rang through my head as I returned to work this week to find a flood of emails from recent university graduates asking how they could best get a start in journalism. Barely 21 years old, these young people were spending their first summer off trying to find a way into a life-long career.

I could relate. Like many around me, I had already decided what I wanted “to be” when I chose my degree at age 17. I, too, made the increasingly popular triple-jump from school to uni and into the full-time workforce.

Among friends who have made the same choice, even those of us who find our work satisfying, most will admit to occasional niggling thoughts that perhaps we missed an opportunity to discover who else we might want “to be”.

Several reasons were offered for why we made our choices so soon: the desire to fund inner-city lifestyles, the fear of being left behind in competitive industries and the expectations of job placement at the end of a degree.

But there was also this: the gnawing anxiety of wanting to quickly find the answer to that question: “So, what do you do?” Our trajectory doesn’t apply to everyone, of course, but it does seem as if there has been a cultural shift in this direction. The freewheelin’ Bob Dylan, the adventurous Gonzo journalists and the road-tripping, counter-culture movie heroes of our parents’ youth have been replaced by a raft of career-savvy pop stars and film characters whose cosmopolitan jobs are central to their identity.

For young women in particular, cool jobs and the expensive consumer choices they fund are key markers of character in our pop culture. Whereas male characters in Hollywood films are still occasionally allowed to be loveable slackers, contemporary female characters are generally ambitious and career-minded.

This generational shift in our expectations of youth was highlighted during a recent stay at my grandparents’ home, when I found not one but two well-worn copies of Jack Kerouac’s On The Road in my father’s old bedroom.

That handbook for a generation had sat there since he packed up and left home, spending several years travelling overland from Australia to Britain with nothing but the bag on his back during his twenties. While young enough to stand the modest living conditions, he took time to explore the answers to other questions, like “Who am I?” and “What else is out there?”

Such a journey was not an option for his father, who had begun working at the local paper aged 14 and retired from the same company in his twilight years, only taking out time to serve for four years in the Pacific during World War II. The idea of freewheeling youth may have seemed an indulgence to him.

Heading into uncertain financial times, economists predict youth unemployment will rise at an even greater rate than for the rest of the population. As it did for my grandfather, a tight job market could give a darker meaning to any periods “at liberty”. But for all the restless adolescents, eager graduates and new workers out there plotting brilliant careers, it’s worth considering why you feel the need to get started so soon.

They might not be so central to our culture or social interactions but there are many other questions worth asking beyond “what do you do?”. Especially while you’re without responsibilities and with the energy to look for answers.